Thank you to Axel Rider for nominating me for the “Very Inspiring Blogger” Award! 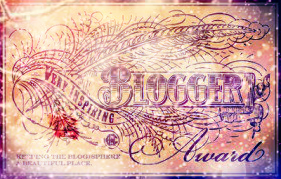 That was very sweet of you! Now, as with most awards, there are some rules attached. Here they are:

Okay, I can do that! There are so many beautiful blogs out there at the moment, so finding 1o people to share this award with will be fun! Here is my list:

My Journey To The Boston Marathon…

Perspective on Life, The Universe And Everything

Through The Peacock’s Eyes

I highly recommend that you check out these blogs! Very interesting and diverse bunch, but everyone of them is incredibly creative. I am happy to share them with you!

Wishing you the most wonderful day! 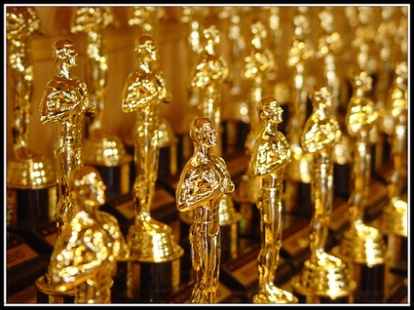 Yup it’s award season. Well at least the tail end of it. Only three major events left in Hollywood, the CAS Award, the CDG Awards and the Oscars.

Acceptance speeches practiced, changes of winning calculated, perfect place picked out for the statue that comes with the glory, possibly the mantle in the living room, or as a centerpiece of that special shelf, set aside just for those times.

It is also the time when many dream of standing upon the podium themselves, or at least be nominated for a dream they have not dared to live. It is too hard, they say. The chances are minimal, why bother trying, others whisper. Another may have even harder words that crush the dreams of an inspiring actor, or custom designer, or singer.

Another light burned out before it even got a chance to burn bright enough to shine. What a shame.

Let’s remember that those whom take home those awards where the same dreamers whom at one point had the same chance, the same fears, the same people whispering in their ear – their faces may have differed, but the message was clear – stop dreaming, give up, you are such a fool.

But they did not stop. They, somehow found the drive, the resolve, the determination to stop looking at those naysayers and continued. And they stuck with their dream. Hard work won.

Your goal does not have to be the award of a lifetime, or the bestselling novel series a’la J.K.Rowling. If it is – good for you, I am rooting for you. But if your dreams are different, like running a successful blog, or owning your own business, or maybe getting that degree – do not listen to the naysayers.

Dream, dream big or small, but dream. Let your light shine, we need your light to shine. The world is a better place filled with people whom are doing what they love.

I am doing what I love – writing. And to my surprise, apparently someone thought this little corner of interwebs space I am dancing around on, was worth awarding. How about that! Well thank you, Jae, I think you are pretty awesome too.

Well she did leave me with a task – an acceptance speech in a way I guess, 10 little questions. So without further ado, I shall go and answer her request.

1. If you were a superhero, what powers would you have? Why?

I would love to be Ironman – his superpower is his intelligence. A genius, now that is a power I could really use. With that, you can achieve just about anything you want to. And it would be a hell of a lot easier.

2. What would you do if you won the lottery? Why?

Buy a house in Beverly Hills, because it is really close to the college my daughter wants to go to. Also it is in the center of all of the creative arts we are involved in, a lot of video game developers have their offices there (my son’s dream), acting (my daughters dream) and script writing (one of my dreams) and yes, even with Millions we would not stop our dreams, they just would be easier to accomplish.

For my job intelligence is more important then looks. There is always plastic surgery.

4. What is your nationality?

5. If you were prime minister/ruler of the world what laws would you make? Why?

Not a role I would like to assume. Not ever.

6. Which form of public transport do you prefer? Why?

Public transport – well if you include flying, then that – going on an airplane. Hey I love to travel. And flying is fun. Otherwise trains.

7. Have you ever been approached by someone who knew you but you couldn’t remember them for the life of you? Tell us about it.

That does happen to all of us. I really try not to dwell on little things like that. I honestly do not remember.

8. What was your favorite nursery rhyme?

Bake, bake Kuchen, der Baecker hat gerufen, – not an English one, but my Grandmother kept on saying that to me, roughly translated it means “Bake, bake a cake, the baker is calling.” I did not say it made any sense, lol.

9. What nicknames do you have/have had?

10. What was the first film you remember seeing at the cinema?

Wow, I really do not remember that one either. I went to a lot of movies growing up. As a teenager I befriended the person who worked with the projector ( I have no idea what his job title was), but he let me see all the movies I wanted for free. So I did. And I fell in love with the art form “Cinema”. Add that to my other childhood refuge “books” and there is not much of any surprise that I am a writer, and an aspiring script writer.

thoughtsofrkh – honey you are fabulous!

Rima Hassan – your blog is beautiful!

Under The Monkey Tree – what a wonderful title for a blog!

Well now please write an acceptance speech a la Oscars, yup you read that right, and  include a list of 10 random facts about yourself, link that post back to me and nominated someone else worthy of recognition (well we are all worthy, but just pick a few. I know its hard).