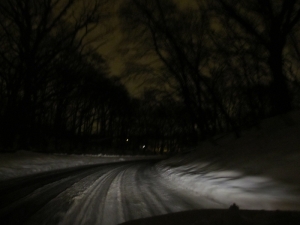 This was supposed to have been their fresh start, a moment to begin again after a few turbulent years and the loss of their stillborn son.
Another chance to find each other, love one another with more depth than they ever had before, the loss bringing forth a good, in a bad situation.
But life, as usual, did not follow plans they made. The icy road ahead made it impossible for them to regain control of their car, before it was too late.
Holding hands until the moment of their death, taking their last laborious breath, they held on to the belief that now they would reunited with their child, at last.

This post was inspired by this weeks Five Sentence Flash Fiction Prompt: Fresh.

These walls were his temporary domain.

Sure, it was nothing fancy, at least not when it came to the comfort level, and the constant day-time traffic of spoiled children, bored parents, and a few actually interested fellas, which did make it hard to let loose.

So he lurked around corners, watching, observing these silly creatures, that called themselves advanced, intelligent and in charge. None of that, was their true nature.

They were none of what their ego portrayed them to be, the illusion of grandeur, advanced creation of a deity, they so often worshiped in the paintings, that lined the walls, of this large building they called a museum.

But in truth, those images only reflected the pathetic creations they really where. Filled with hatred for those of difference, perusing conquests, creating war and destruction.

He saw their darkness, yet hid in their presence, patience, superior to those whom he observed and shared the space with, day in and day out.

Watching, learning, plotting.
A temporary situation, for the right time, his time, would soon arrive.

The time to reveal to those before him, how insignificant they really were. 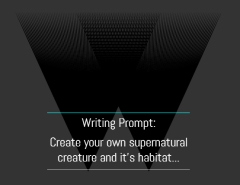