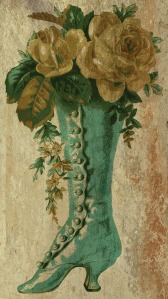 “Look what I found!”

Her voice was filled with such sweet excitement, that the older man could not hold back a smile. At one point he had dreaded to bring this young student with him to the site, not looking forward to the lack of knowledge an inexperienced person would surely bring along, but her enthusiasm made up for all of that and more. He reminded her of who he used to be, not too long before her arrival,  hoping to explore those hidden treasures, left by the civilizations before the Great War.

There was so much more to find, but the tedious work had taken his toll on him. So had the grim prospects of finding leftovers that showcased the detailed and widespread cruelty,  humankind had brought upon one another.
Her view was not tainted by such sights, not yet, and he hoped it would never come to that.

“What is it, Natasha?”, he answered, putting as much smile into his voice as its deepness allowed him to display.
“Behind that heavy broken thing you call furniture, I found this.”
She pointed at a faint painting, placed directly upon the aged wall and looked half questioning, half filled with pride.
“I have no idea, why anyone would use such a monstrously looking boot as a vase, yet in it’s strange composition it is quite pleasing, don’t you think?”
He glanced at the surprisingly well-preserved image in front of them and nodded softly. What alight-hearted, pleasing surprise, indeed.

The above image “The Boot” is available as a framed art print on RedBubble. Thank you for your support.