I am not a fan of Reality TV shows (I am not talking about competition shows, but rather the Kardashian or The Housewives of…), but even I have a guilty pleasure in that category:

Million Dollar Listings LA! And to add to my bliss, it will return August 7th on Bravo. I love the peak into the Multi-Million dollar homes, the drama not so much, but that part is far less in this reality show, then in the others I had the “pleasure” of watching. The show focuses around high profile real estate agents, who compete, and sometimes battle for clients, sales and turf, understandably, if one sale can create more income then many of us make in a year.

Here is a sneak peak

But did you know that there is a published author in their midst? Josh Flagg wrote a fascinating book about his grandmother Edith Flagg, who is truly an inspiring woman. 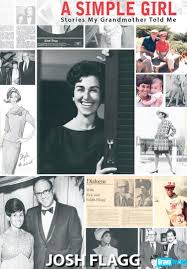 Surviving World War II, by becoming a member of a Dutch Underground resistance to Hitler, at a very young age, she not only survived this trying time, but rather flourished, and created a Multi-Million dollar clothing company, once she made her way to the US. A truly inspiring story, told with care and love by her Grandson, a now successful business man in his own right. I recommend for you to check out: “A Simple Girl”. And watch him in action on August 7th on Bravo. 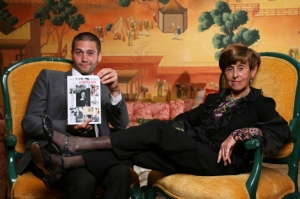