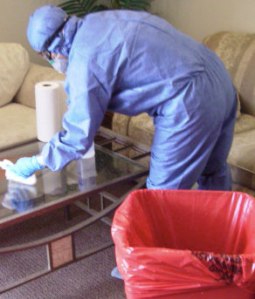 It was not that Mr. Annar had forgotten to close his blinds as everyone had suspected, it was that he had dismantled the installation, making it impossible for anyone to block his view of the entire parking lot.
The central bay window was perfectly spaced, allowing him to take advantage of the lucky occurance of being the renter of P-91.
The friendly, lady with the three cats next door on the other hand was not so lucky.
Living next to someone shaken by paranoia, her gentle smile, directed toward him, cost her her life.
Watching both bodies leave in bags, Ben nodded at the detectives and officers, watching them leave one by one, until he was finally alone.
Sighing, he raised his head toward the ceiling at the bloody mess above, already regretting,that he gave his new employee the day off. Cleaning up here alone, would surely take all night.