If you would sit here with me for a cup of coffee, I would first of all offer you some homemade German cake. There is no way to have a proper “Kaffeeklatsch” or a coffee get-together without proper cake. Of course, I baked that from scratch, and, of course, there will be enough for you to take some home with you.

But I would also talk to you about two movies I watched this week, both of them taking me by surprise. 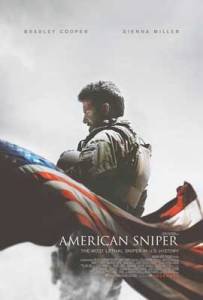 The first one was “American Sniper” a movie I wanted to refuse to see because of it political ties, something I wanted nothing to do with. I did not even want to be a part of the discussion – which is rare for me. But my husband wanted to watch it on his day off, so I decided to watch it with him, and was very much surprised how much I liked it, simply because I allowed myself to get into the story, and temporarily forgot about all of the other fuss. From a film standpoint, it is a very good movie.

Guardians Of The Galaxy Movie Poster

The second movie I would tell you about would be “Guardians of The Galaxy”. Like the movie before I was avoiding to watch it, because I was not sure how in the world this concept would translate on the screen. Something told me that this movie was not a good idea. But I was hoping for the best because after all I am a Marvel fan, and Marvel knows how to make movies – at least most of the time.  I should have listened to myself. I would tell you, that I felt like calling Marvel, asking for my 2 1/2 hours back, a time that I felt was wasted by bad acting, and horrible jokes.

I would end our “Kaffeeklatsch” by inviting you back next week, promising you I will bake something different, equally delightful. And maybe you could tell me about the movies you were inspired to watch (or should not have watched).